We bring you fresh news
on solar and energy efficiency solutions.

Home / What are the Components of a Photovoltaic System?

What are the Components of a Photovoltaic System?

What are the Components of a Photovoltaic System?

Due to the relatively low maintenance requirements and the long lifetime of many of the system components, solar electric systems are among the most popular renewable energy options available – and that includes commercial photovoltaic systems in Saudi Arabia.

Ranging from small building-integrated systems to large utility-scale power stations of hundreds of megawatts, most PV systems nowadays are grid connected, while off-grid or stand alone systems only account for a small portion of the market.

The two photovoltaic-based systems, Grid Connected and Stand Alone Systems, are classified according to functional and operational requirements, component configuration, and how the equipment is connected to the other power sources and electrical loads. 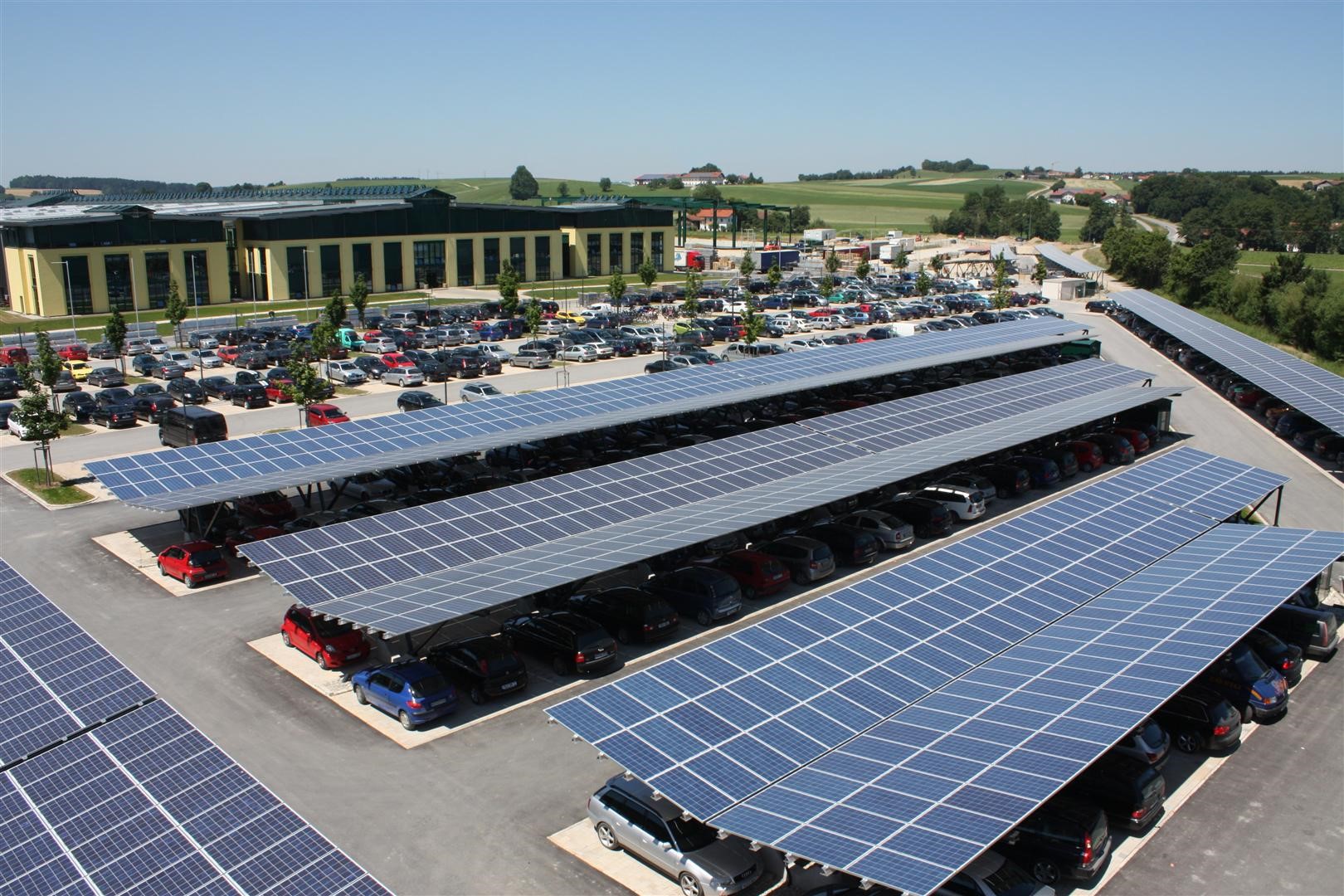 Compared to stand alone power systems, a grid connected system rarely includes an integrated battery solution. When conditions are right, the grid connected PV system supplies the excess power back to the grid for which the client can receive rebates in following months.

-Easier to install as they don’t need a battery system

-Effectively utilizes generated power as there is no storage loss involved 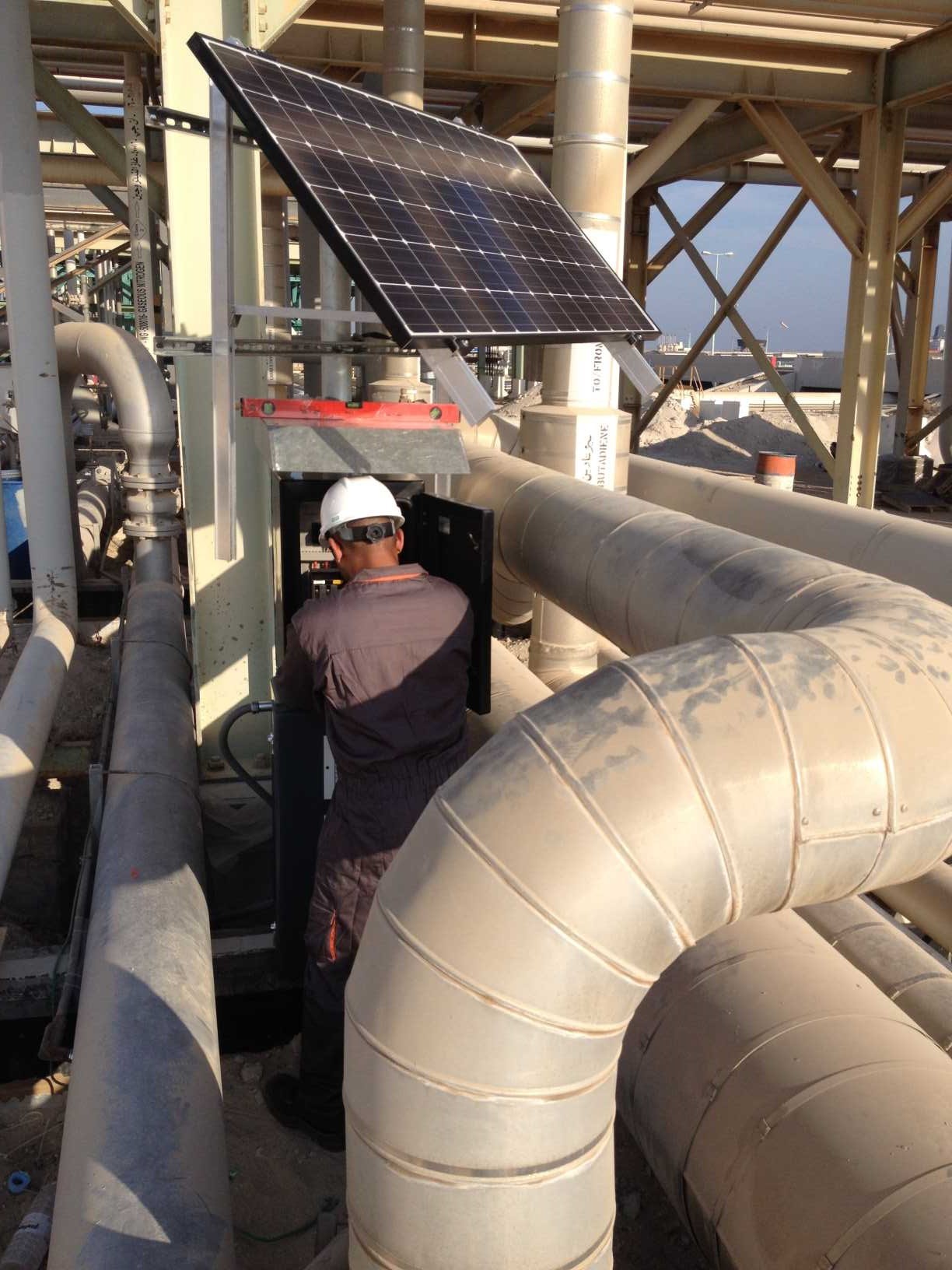 Suited for locations that are not fitted with an electricity distribution system, the stand alone power system (SPS), also known as remote area power supply (RAPS), typically includes one or more methods of electricity generation, energy storage, and regulation.

It is usually used as a battery bank; however, other solutions exist including fuel cells. The power drawn directly from the battery is called the Direct Current Extra Low Voltage (DC ELV). This is also used for lighting and DC appliances. This type of photovoltaic power systems is independent of the utility grid and can only use solar panels – it may also be used in conjunction with a diesel generator, wind turbine, or batteries.

This is a type of stand alone PV system which consists of a solar panel connected directly to a DC load. Since it has no battery banks, there is no energy stored. However, it is capable of powering common appliances during the day.

In layman’s term, a photovoltaic array is composed of multiple solar panels that are electrically wired together to form a much larger PV system. The larger the total surface area of the array, the more solar electricity it will produce.

Solar PV Systems often produce energy at times when it’s not needed; hence, they are stored and used when there is no other energy input. Whenever this happens, there are two methods done to the excess energy: it is either sold to the electric utility or stored in batteries. If the second option is chosen, these batteries can discharge rapidly and yield more current than the charging source can provide for itself, helping pumps and motors to run intermittently.

There are two main reasons for deciding to use battery storage:

-Maximize savings – The rate paid is normally below the kWh price charged for consumption whenever the production of excess energy is sold to the electric utility. However, other PV system owners save the full price by storing the surplus and only utilizing it when needed, instead of selling at a reduced price.

Considerably, they tend to raise the cost of a PV system, which means savings are only feasible when there is a drastic energy price increase during peak demand hours.

Another main component, the Solar Power Conditioning Unit (PCU) acts as an integrated system that consists of a solar charge controller, inverter and a Grid charger. It is responsible for providing the facility to charge the battery bank either through a Solar or a Grid/Distributed Generation (DG) set.

For safety reasons, electric systems must be equipped with a manual disconnection device which is made to protect technical personnel from electric shock during system maintenance. Other than its safety functions, the circuit can be interrupted if there is an emergency.

After the output from the PV system has been finally converted to AC power (reaching the adequate frequency), energy can now be provided with the electric utility once connected to the main panel where all electric loads in the building are connected and protected with circuit breakers.

EGPHIL Solar Solutions works intensively to provide the best commercial photovoltaic systems in Saudi Arabia. We also aim to witness an endless smile of fulfilment on each of our Solar Alternative Energy Patron. Call us on +966 12 668 1177 and get the different benefits of having an efficient PV system now!